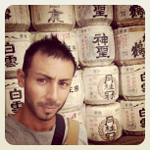 Identifying the forces that shape diversity is an important challenge in Ecology and Evolution. It is especially the case when it comes to studying patterns of biodiversity in insects, which account for more than half of the known described species on Earth. Though I considerer myself primarily an evolutionary biologist, I am also an entomologist who understands that taxonomy is central to biological studies, as species are often the basic units on which they are based. That is why a consistent theme of my work is aimed at using a multidisciplinary approach to reconcile classical morphological studies with the multitude of molecular information now available for the characterization of biodiversity. With that goal in mind, I have developed a research program that can be summarized by four major questions:

i) how to better integrate multiple sources of information to advance our knowledge of taxonomy and systematics and disentangle species complexes, especially for groups of economic importance.

ii) what are the factors that determine the evolution of host-plant associations in phytophagous insects?

iii) how did past climate changes impact the diversification dynamics (distribution, speciation, extinction) of insect groups?

At INRA, I develop researches on a diverse array of insect groups, focusing on groups encompassing pest species such as noctuid moths (Lepidoptera: Noctuidae) or seed beetles (Coleoptera: Chrysomelidae: Bruchinae). I am also working on emblematic groups such as swallowtails (Lepidoptera: Papilionidae) or on groups that constitute relevant markers of biodiversity (ex. darkling beetles; Coleoptera: Tenebrionidae).