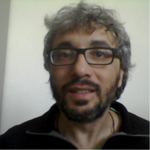 My interests lie between the fields of ecology and evolution, focusing mainly in biotic interactions in general, and food webs in particular. Starting as a behavioral ecologist to understand territoriality and cannibalism and the evolution of sexual size dimorphism (all focusing around spiders), I then switched to food webs where I am currently trying to contribute to the ongoing link between ecology and evolution in these complex networks of interactions. I did my PhD at the Autonomous University of Barcelona and then two post-docs in a row at the University of Kentucky, where I studied the role of ants on deciduous forests food webs and the evolutionary genetics of sexual size dimorphism in seed beetles. I returned back to Spain in 2003 with a Ramón y Cajal Research Contract in the same institution I am now based (EEZA-CSIC) with tenure. I was also associate researcher at the Mixed Unit of Research in Biodiversity for two years (2009-2010) in Asturias (Spain). Currently in our group we conduct field and laboratory experiments as well as supercomputing simulation (IBMs) to understand how evolution shapes food webs and how food webs determine the fate of evolution in eco-evolutionary feedback loops. We are also trying to understand how these eco-evolutionary links affect ecosystem processes such as litter decomposition or plant growth, as well as the consequences of the latter for biological pest control.