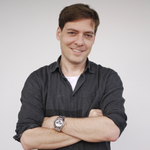 I have studied Physics at the University of Cologne, Germany, and finished my PhD in January 2012. In my thesis I studied asexual adaptation and the effect of genetic linkage on natural selection. From 2012 until 2015 I was a Postdoctoral Fellow with Richard Durbin at the Wellcome Trust Sanger Institute in Hinton, Cambridge, UK. I have mainly worked on methods to estimate past demography from genome sequences, and on ancient DNA from archaeological sites in East England, dating to the Iron Age and early Anglo-Saxon era. Since September 2015 I am research group leader at the Max-Planck-Institute for the Science of Human History in Jena, Germany.