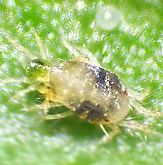 Recommended by Dries Bonte based on reviews by 2 anonymous reviewers

Optimal sex ratios have been topic of extensive studies so far. Fisherian 1:1 proportions of males and females are known to be optimal in most (diploid) organisms, but many deviations from this golden rule are observed. These deviations not only attract a lot of attention from evolutionary biologists but also from population ecologists as they eventually determine long-term population growth. Because sex ratios are tightly linked to fitness, they can be under strong selection or plastic in response to changing demographic conditions. Hamilton [1] pointed out that an equality of the sex ratio breaks down when there is local competition for mates. Competition for mates can be considered as a special case of local resource competition. In short, this theory predicts females to adjust their offspring sex ratio conditional on cues indicating the level of local mate competition that their sons will experience. When cues indicate high levels of LMC mothers should invest more resources in the production of daughters to maximise their fitness, while offspring sex ratios should be closer to 50:50 when cues indicate low levels of LMC.
In isolated populations, Macke et al. [2] found sex ratio to evolve fast in response to changes in population sex-structure in the spider mite Tetranychus urticae. Spider mites are becoming top-models in evolutionary biology because of their easy housekeeping, fast generation times and well-studied genome [3]. The species is known to respond fast to changes in relatedness and kin-structure by changing its mating strategy [4], but also dispersal [5]. Sex ratio adjustments are likely mediated by differential investments in egg size, with small eggs possibly experiencing lower chances of fertilization, and thus to develop in haploid males [4].
Alison Duncan and colleagues [6] asked the question whether sex ratios change plastically in response to changes in the local population structure. They additionally questioned whether maternal effects could drive changes in sex-allocation of spider mite mothers. Indeed, theory predicts that if environmental changes are predictable across generations, intergenerational plasticity might be more adaptive than intragenerational plasticity [7]. Especially in spatially structured and highly dynamics populations, female spider mites may experience highly variable demographic conditions from one generation to another. During range expansions, spatial variation in local relatedness and inbreeding are documented to change and to impact eco-evolutionary trajectories as well (e.g. [8]).
Duncan et al. [6] specifically investigate whether the offspring sex ratio of T. urticae females changes in response to 1) the current number of females in the same patch, 2) the number of females in the patches of their mothers and 3) their relatedness to their mate. They surprisingly find the maternal environment to be more important than the actual experienced sex-ratio conditions. These insights thus show the maternal environment to be a reliable predictor of LMC experienced by grand-children. Maternal effects have been found to impact many traits, but this study is the first to convincingly demonstrate maternal effects in sex allocation. It therefore provides an alternative explanation of the apparent fast evolved responses under constant demographic conditions [2], and adds evidence to the importance of non-genetic trait changes for adaptation towards changing demographic and environmental conditions.

Is thermal plasticity itself shaped by natural selection? An assessment with desert frogs

It is well known that climatic factors – most notably temperature, season length, insolation and humidity – shape the thermal niche of organisms on earth through the action of natural selection. But how is this achieved precisely? Much of thermal tolerance is actually mediated by phenotypic plasticity (as opposed to genetic adaptation). A prominent expectation is that environments with greater (daily and/or annual) thermal variability select for greater plasticity, i.e. better acclimation capacity. Thus, plasticity might be selected per se.

A Chilean group around Leonardo Bacigalupe assessed natural selection in the wild in one marginal (and extreme) population of the four-eyed frog Pleurodema thaul (Anura: Leptodactylidae) in an isolated oasis in the Atacama Desert, permitting estimation of mortality without much potential of confounding it with migration [1]. Several thermal traits were considered: CTmax – the critical maximal temperature; CTmin – the critical minimum temperature; Tpref – preferred temperature; Q10 – thermal sensitivity of metabolism; and body mass. Animals were captured in the wild and subsequently assessed for thermal traits in the laboratory at two acclimation temperatures (10° & 20°C), defining the plasticity in all traits as the difference between the traits at the two acclimation temperatures. Thereafter the animals were released again in their natural habitat and their survival was monitored over the subsequent 1.5 years, covering two breeding seasons, to estimate viability selection in the wild. The authors found and conclude that, aside from larger body size increasing survival (an unsurprising result), plasticity does not seem to be systematically selected directly, while some of the individual traits show weak signs of selection.

Despite limited sample size (ca. 80 frogs) investigated in only one marginal but very seasonal population, this study is interesting because selection on plasticity in physiological thermal traits, as opposed to selection on the thermal traits themselves, is rarely investigated. The study thus also addressed the old but important question of whether plasticity (i.e. CTmax-CTmin) is a trait by itself or an epiphenomenon defined by the actual traits (CTmax and CTmin) [2-5]. Given negative results, the main question could not be ultimately solved here, so more similar studies should be performed.